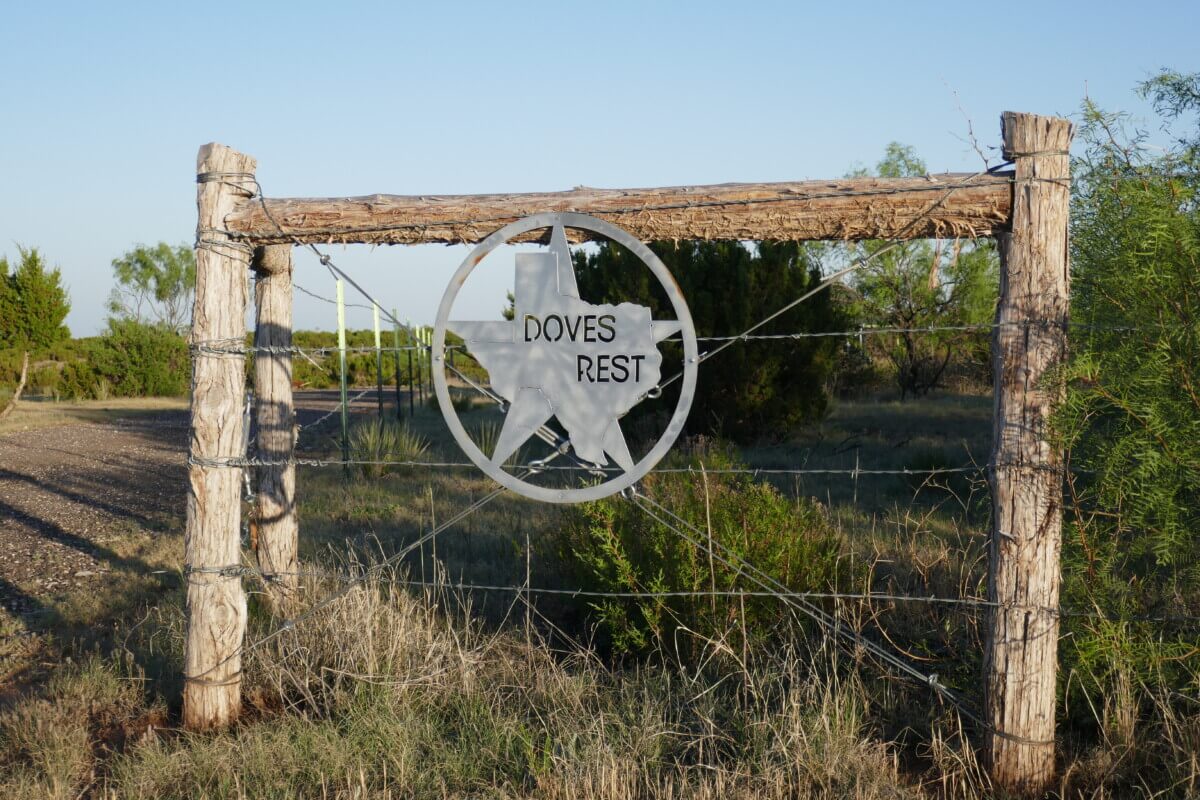 By June 2020, I had spent nearly three months at home. For someone who travels for a living—sometimes on the road three weeks out of a month—that was a major change. I wanted to get outside my four walls, but I also wanted a safe escape. I didn’t expect to find that escape—an oasis filled with wow moments—in the Texas Panhandle. But, that’s exactly what I found when my husband and I were guests of Doves Rest Cabins sitting on the rim of Palo Duro Canyon. I can recommend a visit to Doves Rest Cabins when you want to “disconnect to reconnect” as owner Jeff Means likes to say.

I have only been in Texas for about three years and there is so much I haven’t yet explored. Friends recommended that we check out some of the Texas state parks, but we had no idea what to expect. When we booked the cabin at Doves Rest, we knew it was fairly isolated and on the rim of Palo Duro Canyon. I honestly couldn’t even visualize what a canyon could look like in Texas. I was in for a thrill… 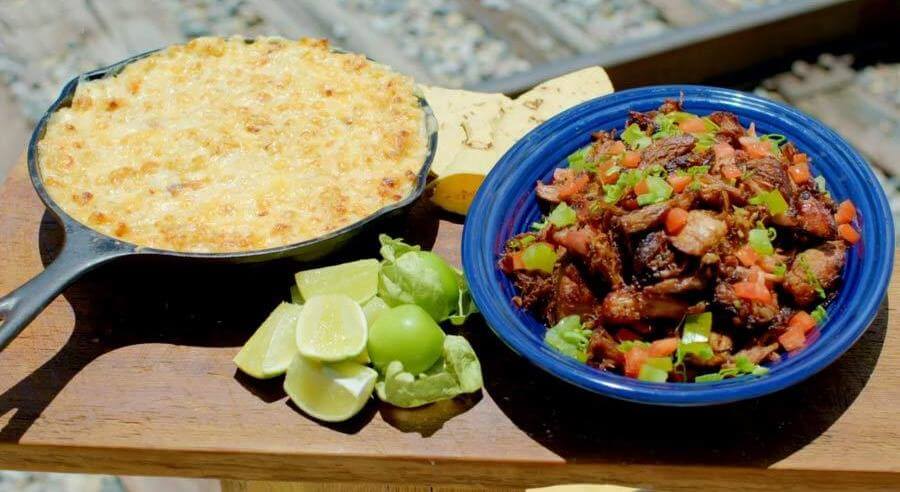 That’s what you can say about Doves Rest Resorts, a group of overnight accommodations perched on the rim of Palo Duro Canyon just 20 miles south of Amarillo.

The popular BBC Two show Hairy Bikers is featuring a trip the entire length of Route 66. Episode four includes the stars, Dave and Si, cooking their version of Texas chili (these Brits put beans in their chili) while on location behind the Fortress cabin at Doves Rest. The view over their shoulders and into the canyon is spectacular.

“We love catering to our guests from around the world. So helping Dave and Si and the entire BBC crew was very easy. Hairy Bikers is great exposure in one of our best European markets,” Jeff Means, Doves Rest owner, says.

Amarillo and this stretch of Route 66 was well represented in this episode. Dave and Si enjoyed a beer at the Big Texan; ate a burger at the Golden Light Café; left their mark on Cadillac Ranch; took a selfie in Adrian at Route 66’s midpoint; and rode reverently through Glenrio, a Route 66 ghost town on the Texas/New Mexico border. 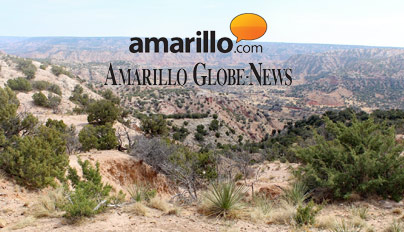 Doves Rest Cabins on the west rim of Palo Duro Canyon State Park began as one personal home turned rental property in 2015 and grew into a full-fledged business.

“It’s the new trend in travel where people can come out, be by themselves, bring their own groceries, cook for themselves and there are no check in lobbies,” said Jeff Means, DRC managing director. “What makes us super unique is our cabins are on the west rim of Palo Duro Canyon State Park.”

Located one and a half miles away from the entrance to the state park, Means calls the lodging facility a public service.

“If you’re not camping in the park, the closest overnight lodging is 16 miles in Canyon,” he said. “Nobody really thinks about going to Amarillo on vacation. A lot of people haven’t heard of the canyon because the state does a lousy job of marketing their parks. This is an impact not only to the city of Canyon but also to Amarillo.”

Means said he has turned the cabins into a destination vacation spot drawing visitors predominantly from Dallas/Fort Worth, Houston, Austin and San Antonio.

“We’re finding the people and bringing them up here for a destination vacation. We have a lot of celebrations up here — either they’re getting married at the Mack Dick (Group) Pavilion, … having business meetings and even church groups have had retreats here,” he said.

Marketing mostly through social media and on the reputation of nearly 600 5-star reviews, Means said DRC had 494 individual bookings and operated at 79 percent occupancy in 2017.

“We’re introducing people to Palo Duro Canyon first and foremost because our research has shown many people in Texas have never heard of Palo Duro Canyon,” he said. “We’re really sending a message to new Texans that are coming here that have not heard about our gorgeous Panhandle and the second largest canyon in America.”

The year-round rental establishment has grown to nine cabins, five which are luxury cabins, each with a hot tub, and unobstructed views to the state park. Constructed by Mike Standefer, of Standefer Builders, Means said each cabin is built to blend into the natural habitat of the canyon. The property is also dark sky compliant as to not interfere with natural night sky.

The luxury cabins also include a fire place for chilly nights and Weber grills for warm days; firewood and propane are provided at no additional charge. Each cabin is distinctive, featuring art by local artists like Jim Livingston and merchandise bought at local retailers. The grounds are also pet friendly.

“People just love to take road trips and bring their animals. We’ve hosted pets from Peregrine falcons … all the way to cats … and we’re about to build a horse corral,” Means said.

“We feel like the chamber of commerce for Palo Duro Canyon State Park because so many people hadn’t heard about it before or they heard about it but didn’t want to camp (there),” Means said. “It’s a joy for us to break out the gift of hospitality … to show off one of the most remarkable landmarks, certainly in the state of Texas, if not one of the top 10 in the United States.” 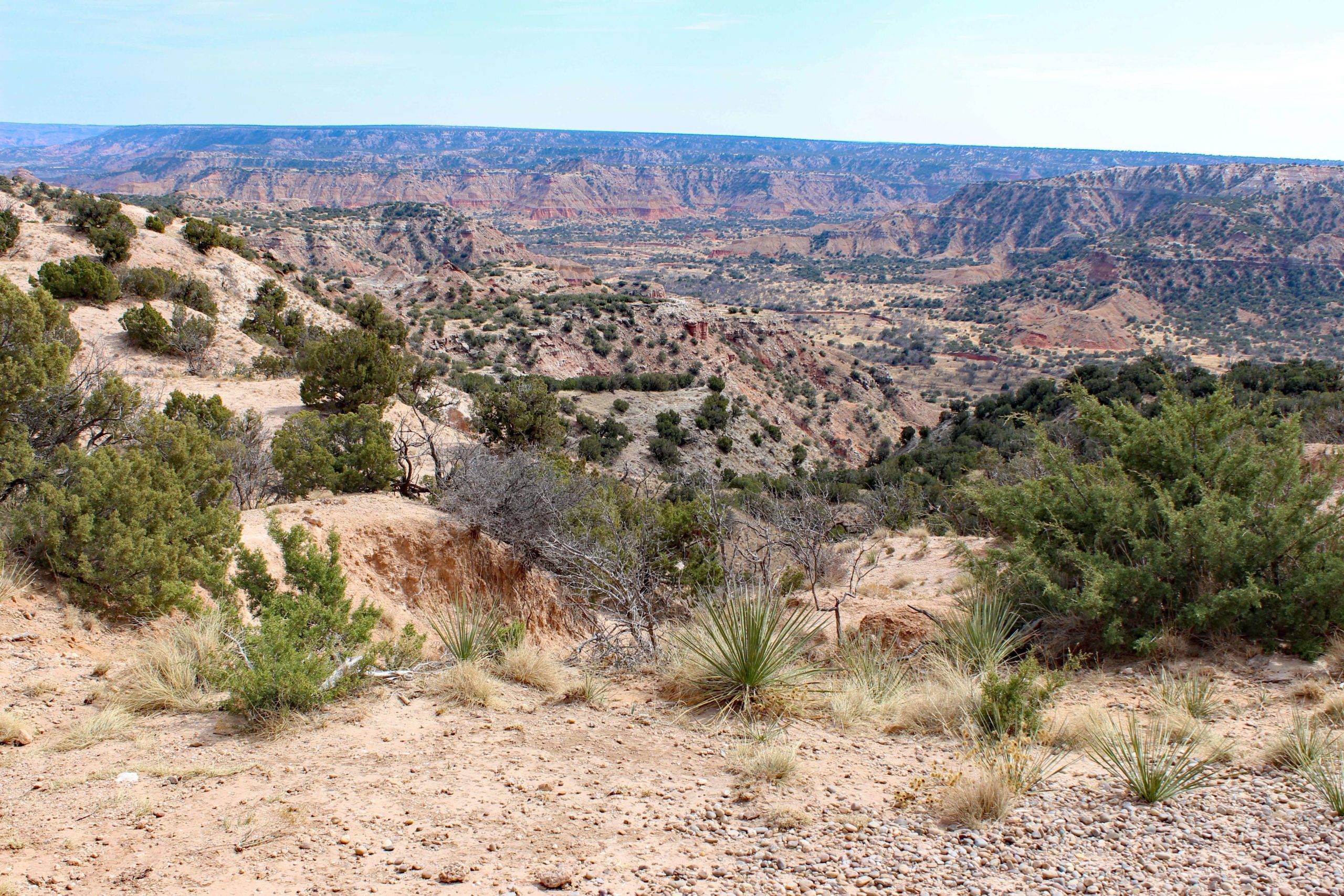 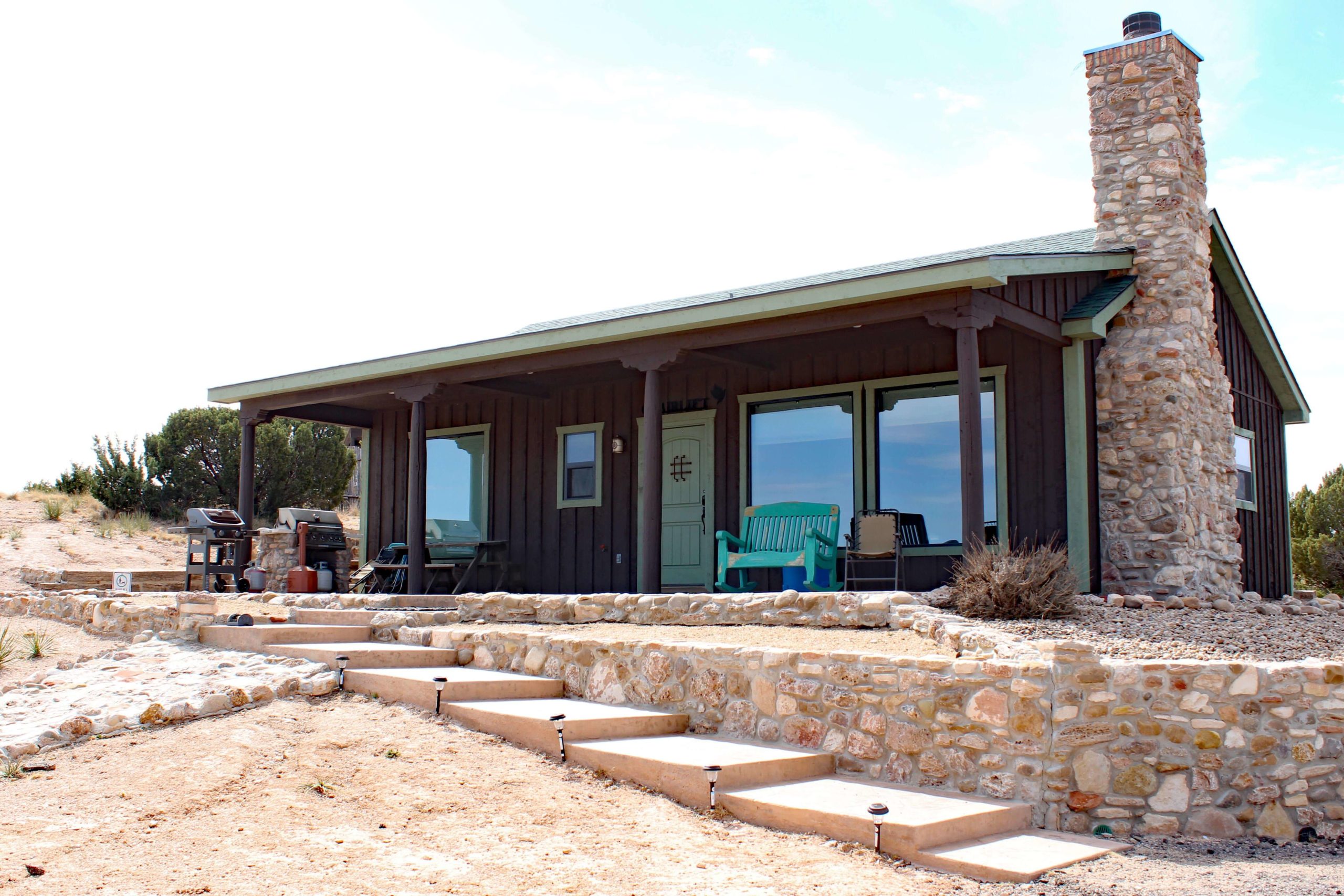 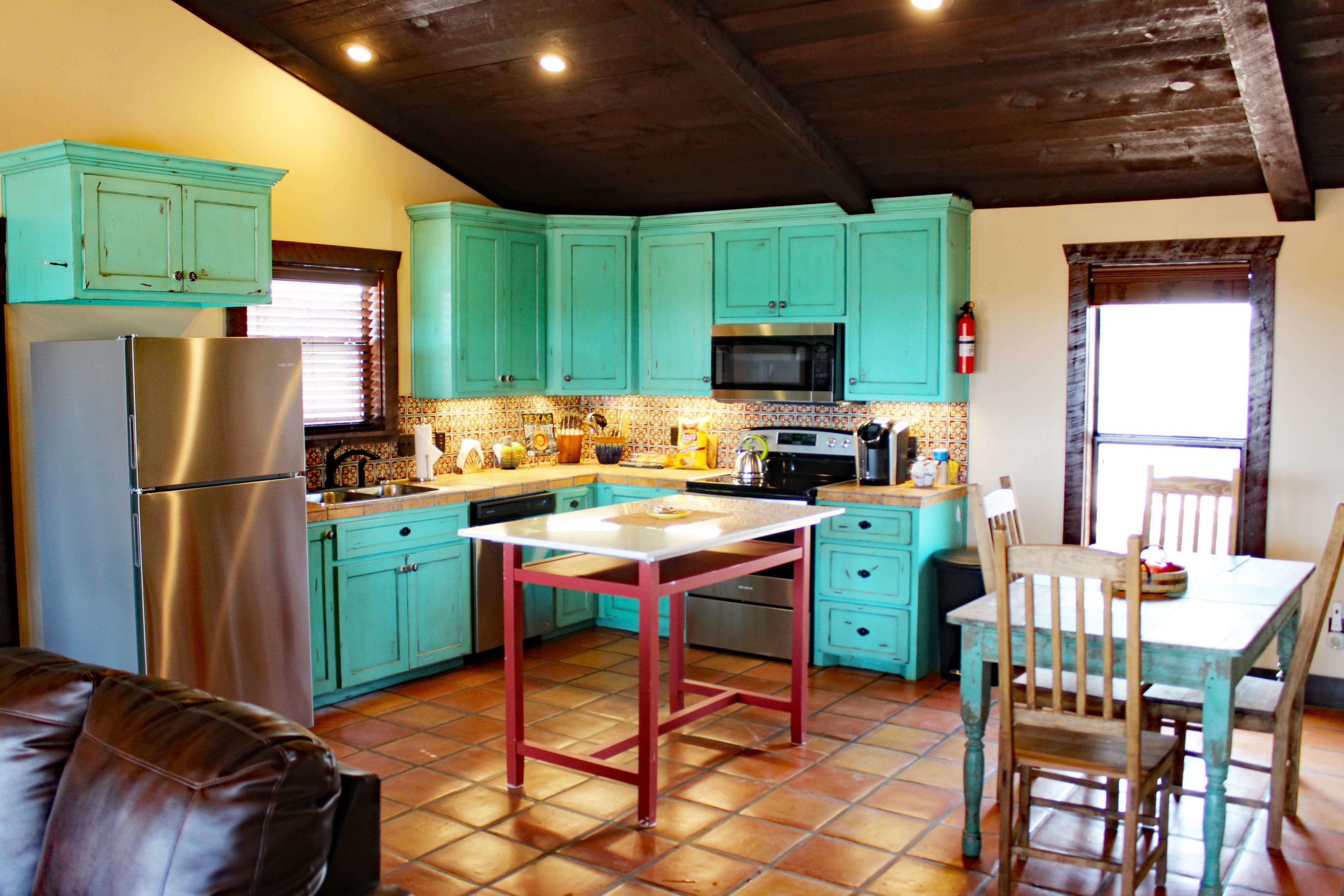 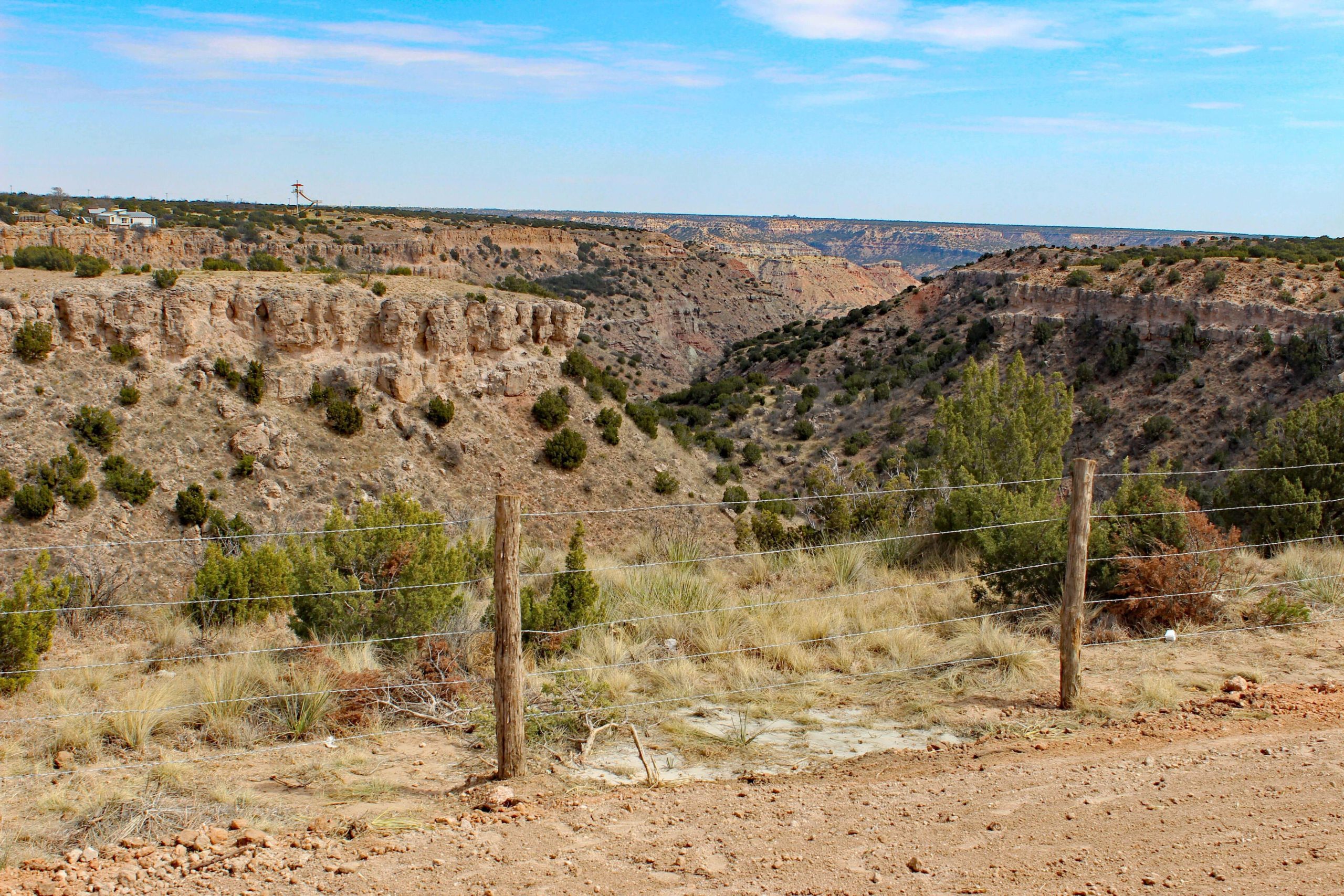 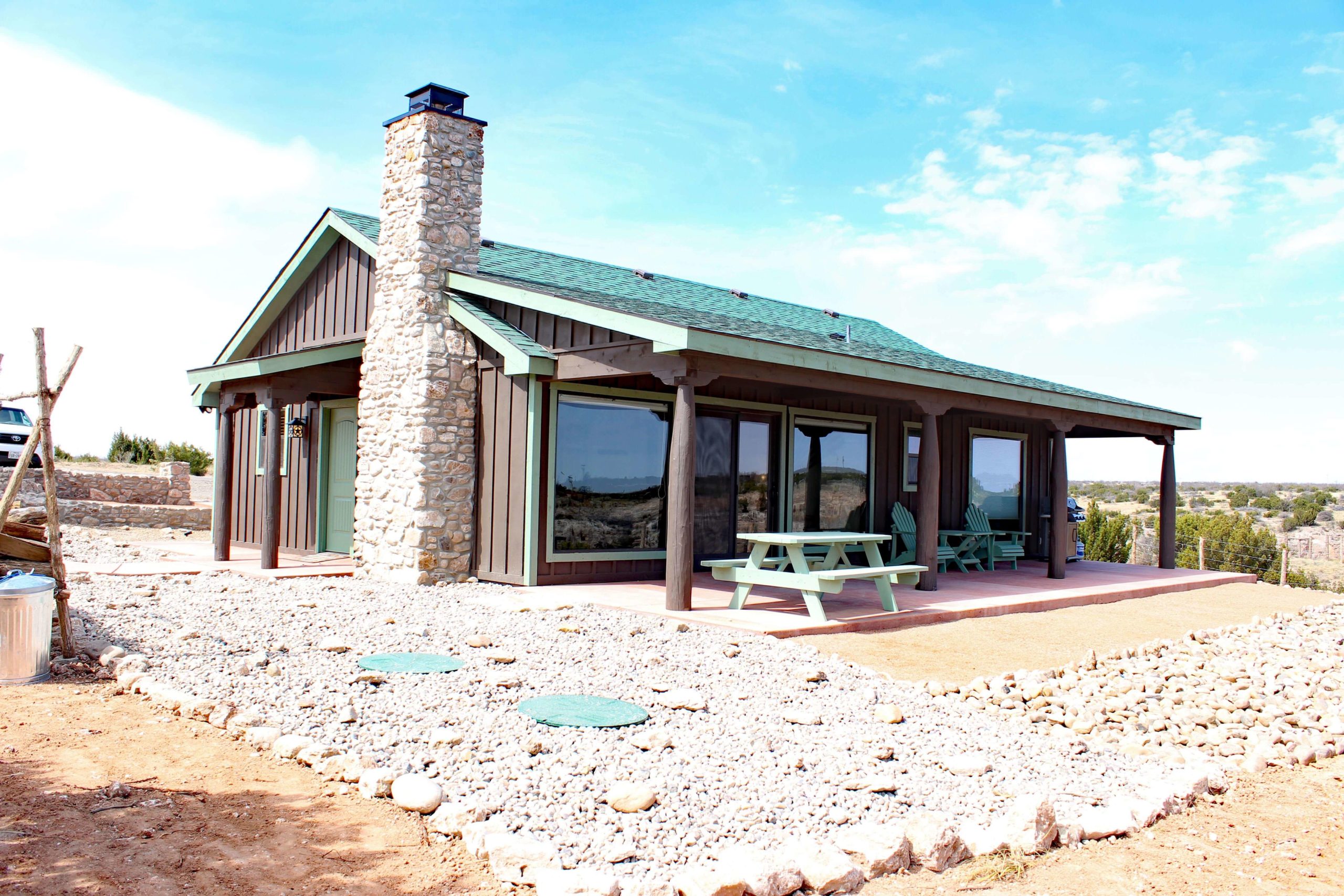 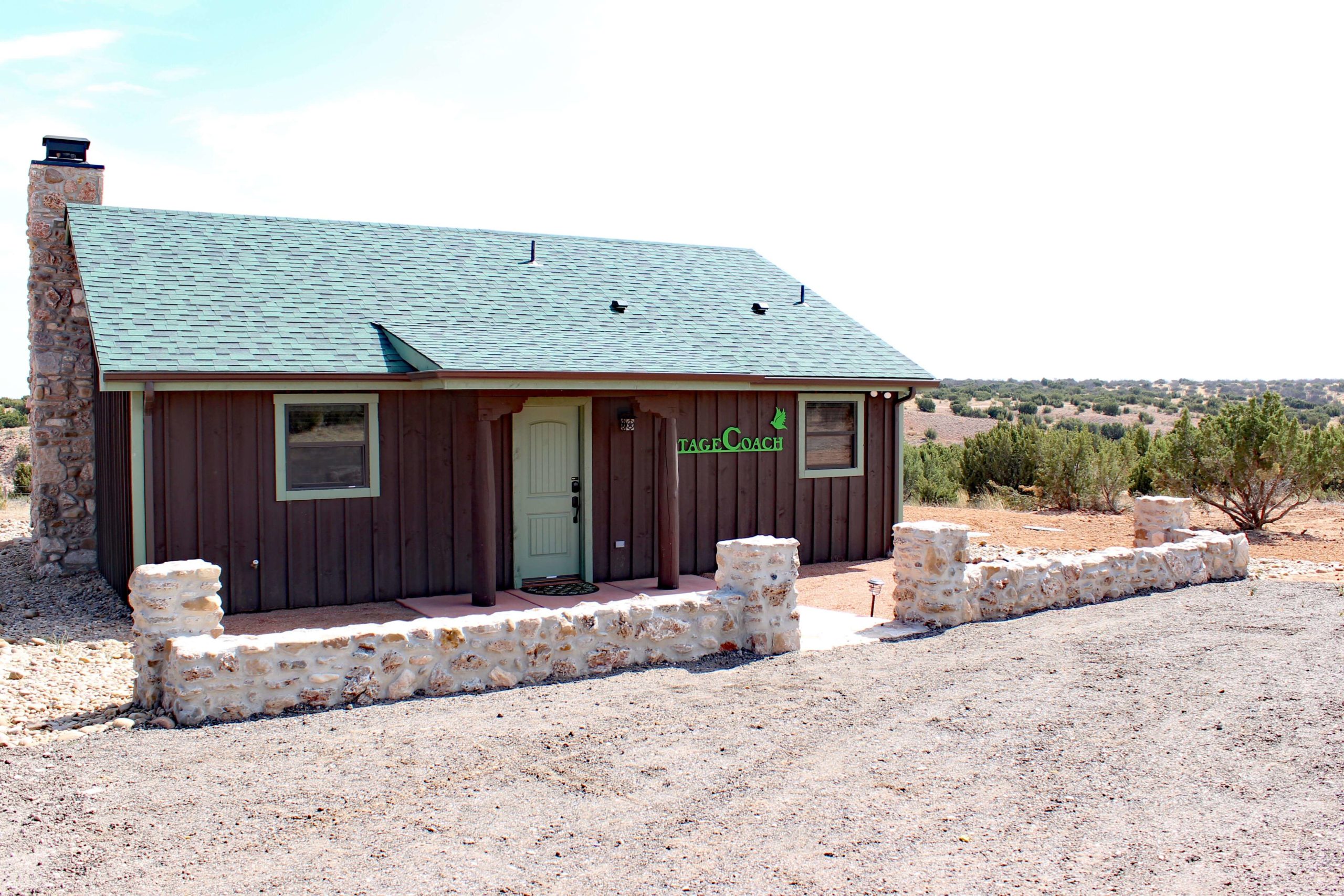 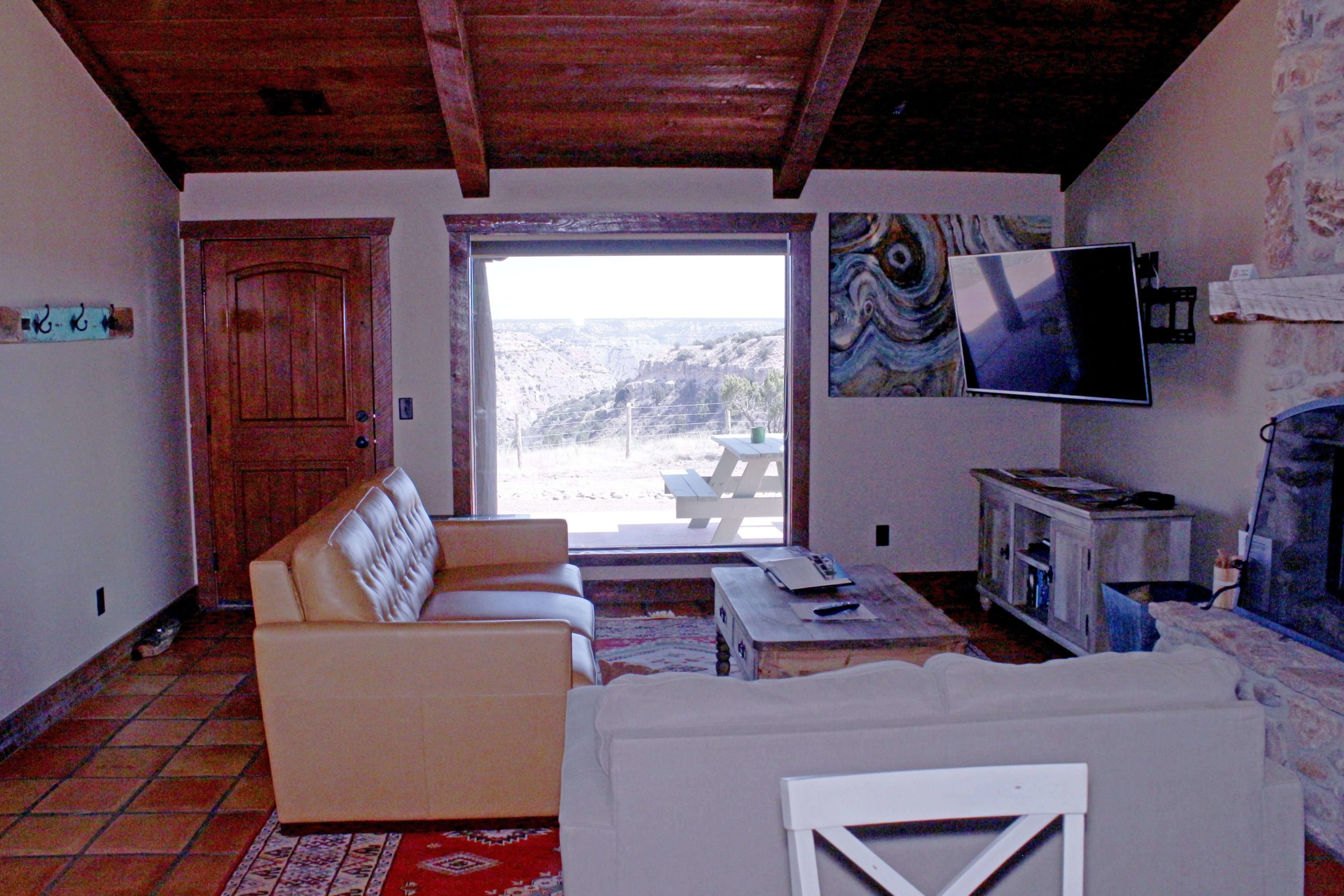 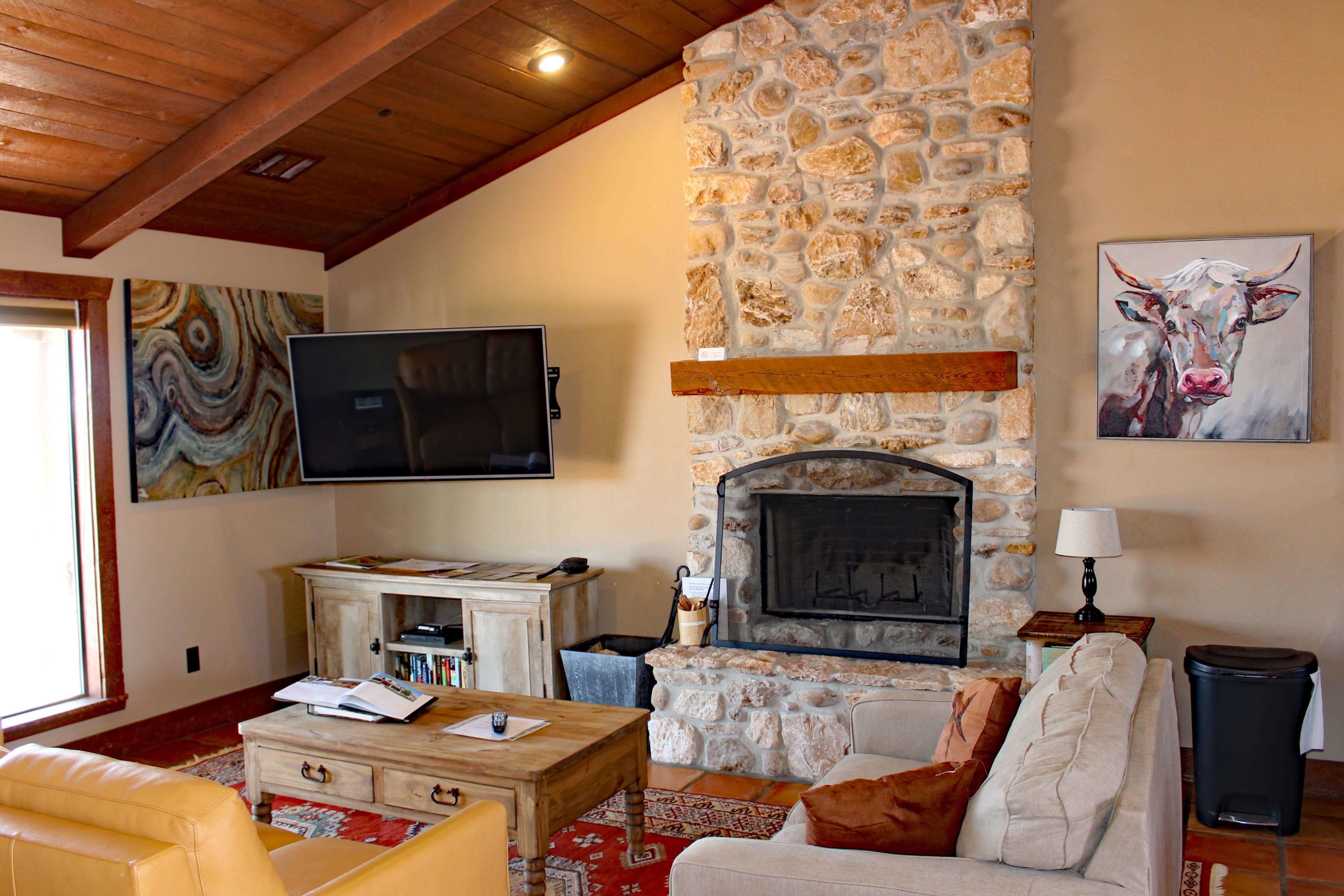 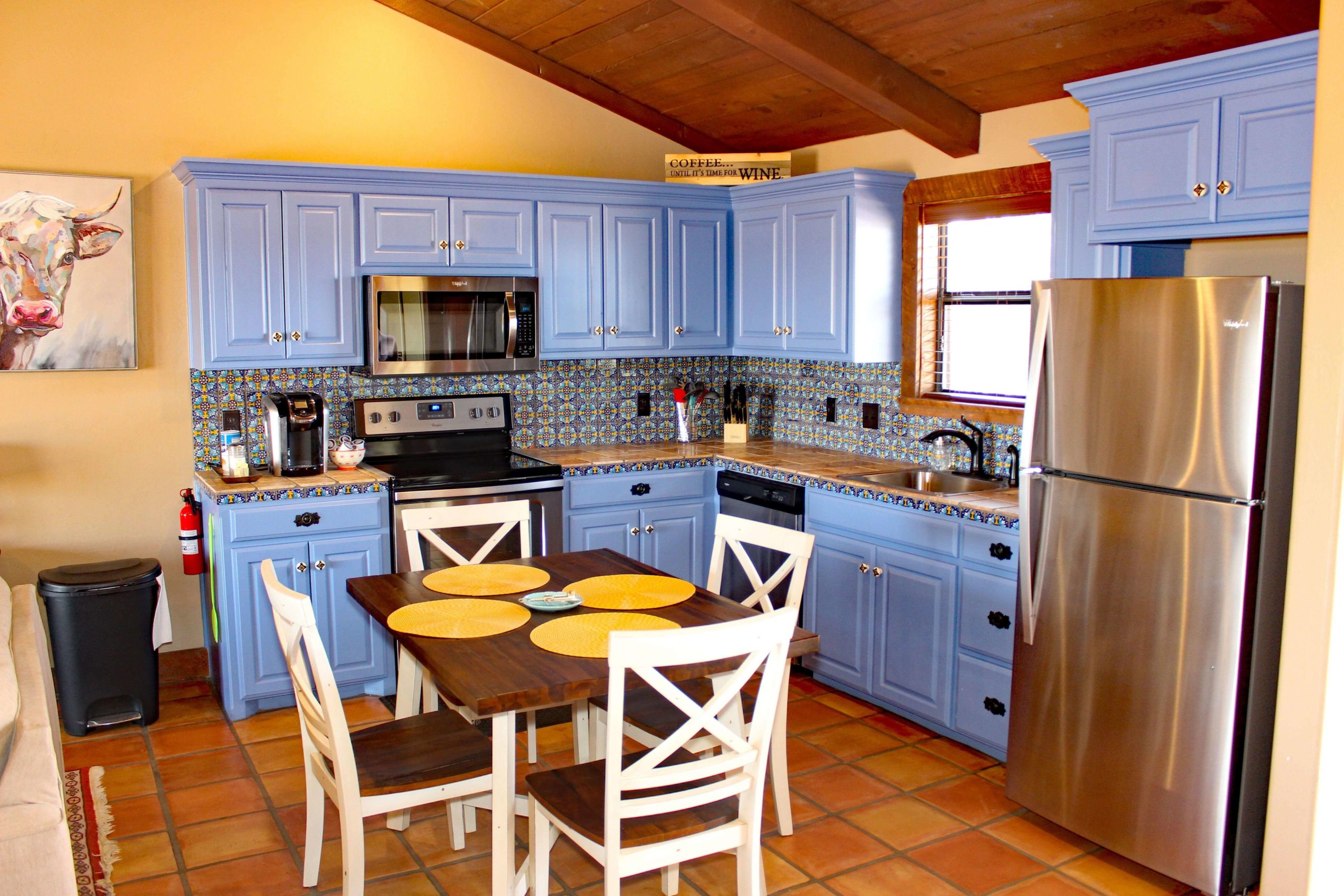 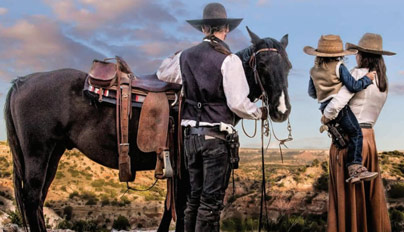